We considered “The Open Door” as a name for our home of Christian healing in Northern California, but decided on Casa del Christo Rey, to lift up Jesus Christ as the center of our mission. The Open Door (and its concept) quickly became our nickname. No money changed hands; we were not credentialed for professional services, so all was voluntary. Christo Rey was supported by Matthew’s salary, and donations of foodstuffs and clothing from supporters.

News of our open door policy soon spread, and people were brought or sent to us by city, county and state agencies; parole, police, health services and more. We learned we could handle, at most, 20 live-ins at one time; and sleep 45-50 on a weekend retreat. 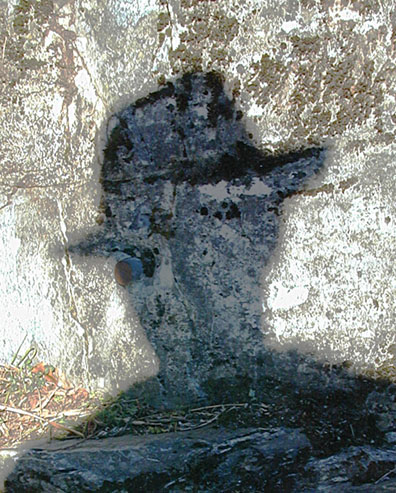 Late one lovely, cool, Northern California evening, the “joint was jumpin’!” at Casa del Christo Rey. As we made our rounds to lock up entry doors on the main floor, the front entry bell jangled — not a polite “in case you’re still up” tinkling, but an aggressively rapid “I’ll push this darn button until you answer!” — ding-dong, ding-dong, ding-dong, ding-dong. The Casa was full up with live-ins, so with cautionary determination, I girded myself to say “no” as I approached the door.

Surely, no Casa door had yet swung open to reveal such a sight as met my weary eyes that late night!

Backlit and framed in the archway, a tall, dark and devastatingly handsome gentleman (though not as handsome as Matthew) in a show-stopper, three-piece, black Armani suit and tie topped by a black Barsalino fedora, promptly stepped his sizable Gucci shoes across our threshold.

“I’m told I don’t know how to love!” he preempted. “I’m also told, you people are the best in the area to teach me, so I’m moving in with you.”

With that, he hefted his black alligator briefcase and its matching valise, past me. Before we could tell the man he could not move in, he’d marched his long legs up the front staircase and picked out “his” bed.

An executive with a top legal position in a powerful international company, David’s demeanor and black, foreign-made sports car, impressed our awed guests by his importance. But, unlike the others who relished telling and hearing what mental, emotional, spiritual or criminal reasons accounted for their presence, he shared nothing of himself, his background or present circumstances.

Nine days passed with his infrequent attendance at meals, ostensibly due to the demands of his executive position. We’d been praying for him; waiting on the Lord for discernment of what might have caused his self-described inability to love.

When we believed the Lord had given us meaningful insight, we decided it was time I share with David our concern for him, and our deep sense of how his quest to learn how to love might be realized. So, I stopped David on his way out the next morning and invited him to sit for a moment.

David was apprehensive and agitated as he joined me in the parlor. I said we’d been praying for him; that we believed the Lord had given us spiritual discernment concerning him.

“How could you know anything about me?” he squawked. “I’ve deliberately told you nothing!”

David indicated, rather crudely, it wasn’t fair; he hadn’t asked God to speak to us about him! Nevertheless, he had just enough pride to be curious; and ordered me to tell him what God said.

Fortifying myself, I offered for his consideration: “You hold within your mind and heart, your emotions and will, a very deep, very strong, block to loving. You’ve erected a wall that allows no love to come in, no love to go out.”

“You’ve been talking to my ex-wives!” he exploded.

After assuring him we’d talked to no one, and had no knowledge he was, or had ever been, married, I said I’d received spiritual words of knowledge he’d been deeply hurt. In retaliation to being hurt, he’d set up a huge block, an impermeable wall, in fact.

He was clearly irritated; but encouraged by the Holy Spirit, I questioned David as much as he’d allow. Finally, after my prayer and prodding, he remembered, quite bitterly, that at age sixteen and a sophomore, he’d fallen hard for the high school beauty queen, age eighteen and a senior. She cruelly rebuffed him in front of his peers. He said, with some pride, that he’d since hardened himself to that kind of sensitivity. He’d made sure no female ever “affected” him again.

I shared what the Holy Spirit taught us can happen in people, mentally, emotionally and spiritually, when they’re hurt — that I discerned he’d erected a huge block when he was rejected and humiliated at age sixteen; and the block to love stood fast.

Knowing that many of those wounded in this way often make profoundly destructive vows, I asked him what he thought and did after being humiliated. He replied, rather dramatically, “I vowed to myself, no female will ever get to me again.”

No wonder his three marriages (each with children) had failed!

I told him his relationships would keep on failing until the block, forged by his inner vow, was broken and removed! If he wanted to learn how to love (his stated reason for coming to live with us), he must forgive the beauty queen and his friends who jeered him, renounce his vow and demolish the wall he’d built and reinforced.

Then, with God’s help and healing, he must forgive his ex-wives, ask their forgiveness, in person if possible, and again, open himself to risk. I assured him Our Lord, in His Infinite goodness and generosity, stood ready to bring him all the healing, strength, wisdom and courage he so badly needed to love, and let himself be loved.

Instead of receiving this Good News, this glorious message of grace and mercy with joy and thanksgiving to God, he grew even angrier.

He towered over me, yelling, “I came here to learn how to love! If I’d known I was going to be psychoanalyzed, I’d have paid a professional $350 an hour to do so!” He stormed to his room, packed his bag and stomped out; fired up his Porsche and roared off. His tires screeched and motor raced for blocks. I cringed, knowing the Senator next door and the Lieutenant Governor the third house down might soon be “turning us in”.

I called Matthew at work. “David left, saying that if he’d wanted to be psychoanalyzed, he’d have paid his shrink $350 an hour to do so.”

We recall this story with some humor mixed with a deep sadness. Almighty God, Creator of all, offers freely to all His children, a lifetime’s worth of mercy and healing. But many times, His gifts are considered . . . worth . . . little or nothing. Worth nothing, because they . . . cost . . . nothing.

God held out all the healing and wisdom needed to bring David a happy and fulfilled life, but David had chosen to trust only in what he could pay for.

At a deeper level, this story is similar to the “Zombie” story. We’ve seen through inner healing ministry to many, that a more hidden and insidious cause of serious dysfunction and need for human healing, is the deep, inner vow made in response to being hurt, humiliated, rejected, betrayed, abandoned and so on.

Forgotten and veiled, but secretly and aggressively active in our psyche, hidden vows can form deeply held paradigms that direct our lives through reactions and decisions. We want to respond with love and care (as the Zombie and Executive so longed). Instead, we find ourselves afraid or unable to feel, care, love or empathize as we wish — or as we know we should — because God asks it of us.

This story highlights how important it is to bring before Our Lord, any and all areas in which we have difficulty, weakness, or needs for healing. As we listen for His Word and Holy Spirit, He brings to our awareness any hidden vows or self-promises we may have made.

When, with God’s help, we renounce those vows, break them and choose to do the “God thing”, we’ll find ourselves freed from heavy bondage; and opened to receive the grace, wisdom and strength of the Holy Spirit.

Then, true life, our life of love in Him, is released to live, love and reign!