The early days of Charismatic Renewal (circa 1970) could get “wild and woolly” at times. All of us, including the leaders, were new to life in The Spirit and none of us really knew what we were doing.

Mentoring and pastoring from wise, spiritually mature leaders was almost nonexistent. A few in the Church hierarchy, some priests, nuns and Christian friends pitched in to help. But they were too few, and too remote, to support the large number of prayer groups and ministries that sprang up everywhere, every month. 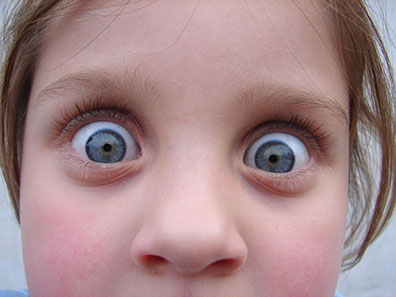 So, we were mostly on our own, sifting through all of the input we received, trying to cull out the flaky from the inspired. Experimentation was necessary in order to learn and, for the most part, the experiments were hugely successful.

But, mistakes were also made, large and small. Total disasters were almost non-existent. We learned quickly that Our Lord honors the faith of His people when we’re inexperienced, but sincerely exercising faith. Once experienced, however, the Holy Spirit held us responsible to a higher standard.

This story is about one of those experiments.

Each week, 50 to 90 people gathered in our spacious living room for the prayer meeting. Afterwards, individuals could take turns on the “hot seat” (a round hassock) seeking prayer ministry. The others would gather around and petition Our Lord to heal in whatever way seemed necessary. There were many, many healings: spiritual, physical and emotional.

A Prayer For Physical Healing

One dedicated member of the core group was a woman who claimed to have received a gift to heal (lengthen) short or uneven legs — a frequent cause of back problems. I was naturally skeptical because it’s so easy to fake the results and leg lengthening attempts were not allowed in our meetings. Still, the woman was mature in her faith life, persistent, a level-headed, practicing R.N., and seemed sure of her gift. I had affectionately dubbed her “The Leg Lady”.

One delightful couple was dedicated to Our Lord and very supportive of our work — I’ll call them Andy and Sara. Andy was shorter than Sara, wiry and full of energy. Sara was tall, more reserved and very beautiful; she could easily have been a model. Their two little girls played quietly during prayer meetings.

Sara had an ongoing problem with her back. One meeting, one of their daughters casually put a hand on her mother’s lower back and prayed for healing. At the next meeting, Sara said her back had improved, but not completely healed, following her daughter’s prayer. We all marveled at the faith of the little girl, and, following the adage “If a little prayer works, do some more”, we began to pray over Sara’s back.

At this point, the Leg Lady suggested we check Sara’s legs to see if one was shorter than the other, which could cause her back problem. After some thought, I agreed. I admonished all to go slowly and carefully, and make sure our findings are not compromised in any way.

So, while I watched like a hawk, they sat Sara in a straight chair and pushed her hips firmly against the back. They took off her shoes, put her feet together and made sure her legs were perpendicular to her hips. Sure enough, the right leg was an inch shorter than the left.

Faced with this evidence, the Leg Lady and the others asked if they could pray over Sara’s right leg to make it longer. Still skeptical, and somewhat apprehensive, I reluctantly agreed. I asked the Leg Lady to lead the ministry and said I was not going to pray with them. Instead, I was going to watch the whole process with close scrutiny to make sure there was no funny business.

After a few moments of uneventful prayer, Sara’s right leg made a small, almost imperceptible, increase in length, to the amazement and praise of everyone. After more prayer, the leg moved again, a larger amount this time, but still shorter than the left leg. Sensing their goal within grasp, they all prayed again, this time more vehemently.

As prayer continued, the leg moved again. The Leg Lady let out high-pitched whoops as she watched one final spurt, and the leg stopped moving. We all stood there, aghast in silent disbelief, as though suspended in time. Not a word was spoken.

The right leg was now one inch longer than the left.

To say we were shocked, bewildered and (Ruth Ann’s word) flabbergasted!! — are gross understatements. Just short of panic, they all turned to me, their fearless leader, and asked me what to do. I remember thinking to myself: “I was skeptical to begin with, but I never imagined this! Now I’m the one who’s supposed to know what to do? Lord, we need help!”

It occurred to me I’d never heard of prayer for leg-shortening. So, I thought, if one leg got longer in prayer, we’d better pray over the other one to match‘em up. The “managerial risk assessor” in me asked: “But, what if the left one gets longer than the right one? What then? Do we pray over the right one again?” Clearly, we were in water over our heads — but we had to do something.

So, I asked the team to pray over the left leg, and it too began to lengthen. Then, in the midst of all the tension and shock, I sensed the Lord’s humor in all of this. I turned to Sara’s wide-eyed husband, and asked: “Andy, just how tall do you want Sara to be?” He replied: “I don’t care how tall she is, just get her legs even!”

To everyone’s breathless relief, the left leg stopped growing at exactly the right place. We all exhaled, gave each other celebratory hugs, and thanked Our Lord for His love and compassion.

Sara’s back problems were healed. All her skirts and slacks had to be lengthened.

We’re still in touch with that delightful couple. They had another child (our godson), and now, 30 years later, their children still speak of their happy days at Christo Rey. Firmly implanted in our memories are two lessons: The Lord has a sense of humor, and He’s always in charge.