Ruth Ann Cramer was a speaker, teacher, author and playwright of over twenty-seven plays and musical comedies. Born and raised in Kentucky during the Jim Crow era, she wrote from experience. Her writing could be very serious and often sprinkled with delightful humor. Ruth Ann passed away February 2017  to meet her Lord, and leaving her dearest loves: husband, Matthew, and their growing family of 28, including 7 great-grandchildren. 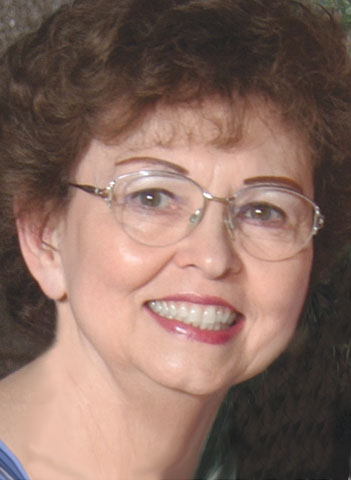 Not Without Spirit was a story that I could not put down. It affected me deeply. It filled me with not pity but wonderment. I had to ask how African Americans could have survived the hatred and brutality in the south before the civil rights movement. Cramer captures the tone of the times perfectly. This book left me humbled. I recommend it to everyone. –Donna Montgomery, School Principal, 25 April 2013

The setting is 1946 in a rural area of Kentucky. Ten year old Tricia was the daughter of the Grand Dragon of the Ku Klux Klan. Her father was cruel and evil; he had no idea his young daughter had rescued many from his vile hands. Their shack of a home was on the edge of Whuppin’ Woods, an area where the Klan took their victims. Tricia was witness to the heartless prejudice, cruelty and slaughter of the Klan; she had no choice but to run to escape capture by the KKK who were determined to retrieve the evidence she had against them. The time came when she had to make a decision on whether to stay in hiding or to courageously testify against evil, risking all she loves.

I picked up this book because the setting is Kentucky; I kept reading because the story begged to be read. It was an honor to review “Not Without Spirit” by Ruth Ann Cramer. This is the best book I have read in a long time and I read a lot. I don’t think anyone could possibly read this book and not be affected. “Not Without Spirit” demonstrates the inhumanity of man. The Ku Klux Klan was and is a bunch of hate-filled people. I wish I could state that they no longer exist but I saw them march in my small town about 15 years ago. Although there was no violence you only had to be in their presence to know evil surrounds them. Tricia is an incredible character with depth showing courage and wisdom. “Not Without Spirit” has a realistic plot, and the writing is daring, unadorned and disturbing. –Anne Boling, Reader's Favorite Reviewer, 12 May 2013

I couldn't put it down. It's hard to believe people would treat others in hateful ways but I know they have and still do. Not Without Spirit helped me appreciate even more the freedoms I've enjoyed. The author's writing put me right there at the scene wishing I could make a difference in the outcome. I couldn't then, but perhaps I can in the future. It has been a thought provoking read; never a dull moment . –gratefulreader, Nurse, 7 April 2013

“…sometimes life is not so simple…it’s not what you do, it’s where and what you come from, where you begin—and what you find yourself in. I come from the kind of life folks can’t buy out of, where life starts rotten and stays rotten,” says Tricia, daughter of a Ku Klux Klansman, Jimmy Jay Haskins, Kentucky's Grand Dragon.

In parts, honestly, it’s not a “delightful” read, but informative as you reflect on the brutality of the 40’s and 50’s South—as authenticated by the 40+ interviews of survivors during that era, plus the author’s own experience with Jim Crow law.

The story is not a slow, steady or pleasant move between scenes but rather leaps through cunning and tumultuous lives of unspeakable characters. The action is rugged and electrifying. The charm of this author is revealed in the chapter cliffhangers, and mysterious elements and clues discovered throughout the story that keep you involved and guessing.

Ruth Ann Cramer, author of 27 plays and musical comedies, has broken all creative writing barriers to achieve a monumental book of insight, empathy and intimacy. So full of realism, her prose style is stark, real, bold and terrifying.

She has a gift for characterization and dialogue sprinkled with humor during the most disgusting and sensitive situations. You will marvel at her descriptions, which allow the reader to see, hear, and feel the scenes—and Tricia’s lively, sometimes-desperate conversations with a “silent God” as she moves into adulthood with honesty and hope.

The author gives us many opportunities to be inspired, to identify with the deepest longings of the characters and bring forth in us the impulse to protect the innocent.

You will not be disappointed. –CE Evans, Teacher/Author, 2 April 2013

This book is gripping from beginning to end. The suspense from chapter to chapter makes it difficult to put down. In some chapters the story is terrifying, in others, heart wrenching. You will laugh, cry, and want to scream, feeling a wide range of emotions. There are characters to love and characters to hate. The author so clearly describes each scene that you will feel like you are living it along with the characters. You will enjoy! –bump56, Teacher, 3 November 2012

From the first page this book grabs every bit of your attention. It's certainly not a fluff read, this book has a definite point of view. It is a type of story that comes from a real place. The characters are deep, flawed, genuine, the scenes graphic and intense - yet they remain true to life. The detail in each scene is amazing - usually descriptions bore me, but even they made me laugh, or cringe, or catch my breath. Once I was about halfway in I couldn't move until I made it the rest of the way through the book. I was so passionate for the characters, so invested in their outcomes. The momentum of the book is intoxicating.

There is a spiritual theme to the book but I was surprised at the tone of it. Just a much more honest spiritualism. That may have been my favorite part. It's not the blind faith of a perfect character, its the real relationship of a troubled heroine. I'm giving it a few more days and I will read it again. I think now that I have the whole picture going back and pulling away all the layers will be fascinating. I have not been as excited about a book since I was in high school and discovered Voltaire. I HIGHLY recommend. – Jennifer Carner, Project Manager, 28 October 2012

A novel of epic dimensions in its power to reach out to a diversity of readers from different cultures. …It offers strong narrative content and is so loaded with surprises and nail-biting suspense, that some might qualify it as a thriller. Yet, the story has a high emotional quotient, with interesting relationships and a tender love theme. Surprisingly for a novel replete with violence and “gritty” elements, it is deeply spiritual in its theme.

While most of us have read about the Ku Klux Klan, its overtly racist prejudices and propaganda, and its chillingly well-organized brutality, the novel brings this world frighteningly close… Blending social commentary with suspenseful action and an emotionally charged love story, …is a difficult task to accomplish, but one the author manages with seeming effortlessness. Her remarkable versatility is apparent in the way she reconciles the story’s thrills, chills and most gruesome scenes with the narrative’s strong spiritual content, making them all utterly believable, and playing off good against evil—the foundation of most riveting stories—with panache.

A very pleasant surprise is the author’s flair for comedy that offsets the grimness of certain scenes. …The prose style is brilliantly versatile, stark, lyrical, or humorous, depending on situations and the mood of the moment…Some of the most moving segments in the novel dwell on [Tricia’s] spiritual doubts and her constant, lively arguments with a silent God.

The author has a fine ear for dialogue and so authentic are the interactions between her different characters… whether they take place in a principal’s office, a seedy lodging, or a retreat house, that the reader feels he has been transported to the scene and is a first-hand witness to the conversation. –Mita Ghose, Editor, 17 October 2011