These are the Institute's Facebook postings beginning 15 September 2020 through December 2020. There are fewer postings during this period and they are considerably longer. This change is a reflection of the evolving geographical mix of our Facebook friends. A substantial number of them now, are south of the 23.5°N Parallel. 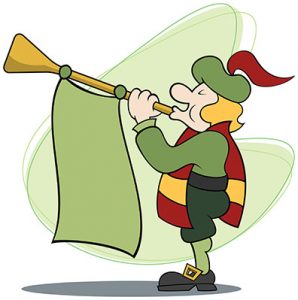 When the 2016 election approached, the choice between Donald Trump and Hillary Clinton for President of the United States, was a contest between two losers; by my reckoning.
Clinton was easily tagged by Trump as a crooked politician. There was plenty of evidence to support that claim. Donald Trump was a wealthy and successful businessman, with no political experience. His character and relational style was described in polite terms as rough, tough, and politically incorrect.
I decided to vote for Trump, hoping that his successful business judgment would see him through. When he got elected, I was led to pray daily that he would receive wisdom to avoid major mistakes.
For the first three years, through his policies, tenacity and judgment, President Trump presided over remarkable improvements in the life of our country. Those outstanding achievements occurred in foreign policy, trade, employment, the stock market, wages, demographics, the military and much more. Yet, his successes occurred in the midst of an unrelenting, unprecedented firestorm of accusations and allegations from his enemies, facilitated by the main stream media. Unsubstantiated facts and outright lies were a large part of that fire storm.
I have voted for Democrat candidates on occasion over the years. Yet documented key events, have convinced me that a high-level faction in the Obama administration and the Democrat Party, supported and encouraged by the mainstream media, set upon a course over the last three years, to take down the duly elected president. Their efforts involved false research, false allegations and doctored, sworn information to the FISA court.
In addition to those treacherous actions, the Party, in my opinion, has been moving inexorably left since the 2016 election. The results of long-standing, weak-kneed management of large cities by Democrat politicians, seems obvious. The Party’s policies on law and order have weakened to such a degree that rioting and looting is allowed without police intervention. The current party platform includes plans and projects that seem prohibitively expensive to me and appear to be based in Socialism, Marxism, violence and anarchy. Some of their proposals seem so outlandishly sweeping and silly, that they boggle my mind.
Our country is presently trying to recover from a powerful, blindside blow — seemingly at the courtesy of China's Communist Party. The Covid-19 struggle has been unprecedented and difficult. The Democrat candidate, Joe Biden, claims to have many plans for success, but they are rooted in the far left ideologies already portrayed and there is little detail.
I can agree with many of my friends and family that alleged flaws in President Trump’s character and speech modes, provide fodder for those who nurture an intense dislike of him. The extent or degree of such flaws is highly subjective and routinely debatable, in my opinion. Nevertheless, they are paled and overshadowed by the enormous challenge of what lies before us.
In summary, I see my vote as a choice between superior, demonstrated performance and weak, far-left ideologies. I will vote for Donald J Trump to be president and for a straight Republican ticket for Congress to provide him the necessary support.

Thank you Tom for finding this.

YOUTUBE.COM
Answering The Best Pro Choice Argument
In the most recent episode of the Matt Fradd Show 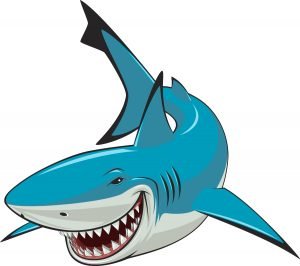 The day for voting in the national election has passed, the results have yet to be announced and accepted. Our already troubled discourse amongst friends and family during the runup, will become even more difficult if sarcasm is allowed a place in our discussions.
Miriam-Webster defines sarcasm as, "a sharp and often satirical or ironic utterance designed to cut or give pain". Additional definitive words are: "derision, mockery, ridicule, sneering” and 10 more. Francesca Gino, a behavioral scientist and professor at Harvard Business School, says, in an article published by The Scientific American, “...sarcasm expresses the poisonous sting of contempt, hurting others and harming relationships. As a form of communication, sarcasm takes on the debt of conflict.”
Paying tribute to Oscar Wilde’s famous quote, “Sarcasm is the lowest form of wit but the highest form of intelligence”, Gino allows that sarcasm can be effective amongst very close friends; those who are familiar with the irony of using that “poisonous sting of contempt” in humor, or to convey respect.
Irony can be found in the Scriptures, but not its lower form—sarcasm.
Indeed, there are strong warnings about speech: “...if you insult a brother or sister you will be liable to the council, and if you say, ‘You fool,’ you will be liable to the hell of fire; ...For the mouth speaks what the heart is full of; ...an evil man brings evil things out of the evil stored up in him; ...by your words you will be acquitted, and by your words you will be condemned.” (Mt 5:22, & 12:34,35,37)
From my own travels and career, I can confirm that sarcasm injects death into a relationship. It can be useful if it’s humorously directed toward one’s self, but there are dangers there as well. St. Paul summarizes nicely, "Let no evil talk come out of your mouths, but only what is useful for building up, as there is need, so that your words may give grace to those who hear." (Eph 4:29) 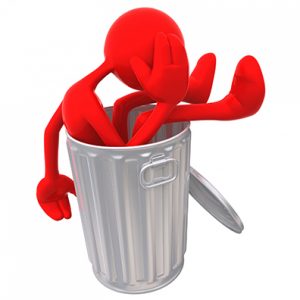 Some people think that reference to evil and evil beings is just an excuse for bad decisions and bad behavior. The Bible and the catechism of the Catholic Church makes it clear: "…evil is not an abstraction, but refers to a person, Satan, the Evil One, the angel who opposes God. The devil (dia-bolos) is the one who “throws himself across” God’s plan and his work of salvation accomplished in Christ" (CCC 2851).
Our enemy’s name is Satan, or the devil. His followers are known as evil spirits, or demons. They hate us, but their main objective is to wage war against God. If we fail to choose God during life, evil will have defeated God’s plan for another soul.
Here are a few very important points.
• Satan and his spirits are not, and never were, equal or superior to God.
• Jesus, the Son of God, has totally defeated Satan and his spirits.
• Evil can tempt us, but can never overpower us beyond our free will.
Three years ago, the Cramer Institute of Minnesota published a four part series about evil and evil spirits on our website. To this day, it continues to receive a high percentage of page views every month. If you have further interest, use sort code SR1, at https://cramer-institute.com/the-sandbox/

This bit of joy for the season has circulated a lot. I received my copy from India. I forward it to all of you who haven't seen it yet. Have a blessed Christmas. [Video by Shirley Șerban] 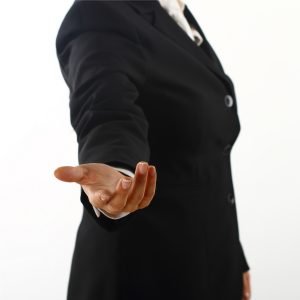 Thoughts of having a personal relationship with God are almost unthinkable. We hear about him early in life as a powerful somebody who created the world and us. It's an easy explanation for young minds who are asking, "Who am I, where did I come from?" So far, so good.
But then it gets tricky. "I'd like to meet him." "Well you see, God is a spirit, he's not human like us, we can't touch and see him." And with that answer, a long trail of deception has begun. It plants the notion that God is aloof in the spirit world, unattainable by physical mankind.
We hear more as we grow up. God is powerful, incredibly smart, sent his son Jesus to die for us, we can pray to him and ask for help. Yet gradually, over time, a vast gulf is formed in our minds. It's between God, whatever or wherever he is, and our day-to-day existence. It's a constant, subtle drag on our efforts to explore the new life we receive at baptism.
Yet, mankind has a body and a soul, we can communicate and experience input in both dimensions. God is always active in our physical lives, holding us in existence from moment to moment. There are many Christians today who experience an active, real-life, day-to-day relationship with God. They can talk and He listens, they can listen and He talks.
We must never arrogate to ourselves the worthiness of a day-to-day relationship with an infinite, loving God. But it is foolhardy to decline the opportunity for a deep, personal relationship with him — especially when it's his infinite love that offers it.

In the midst of our troubles, Jesus is King and Lord of all! 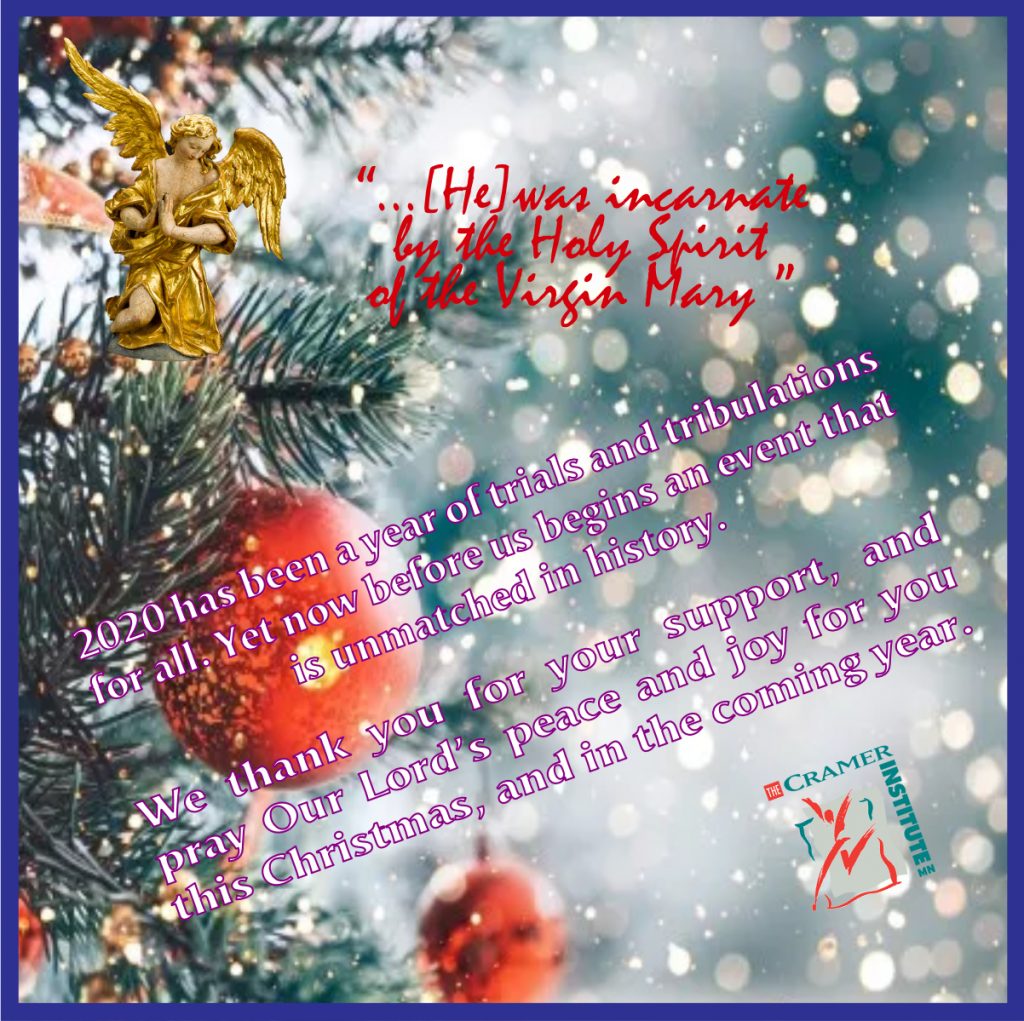 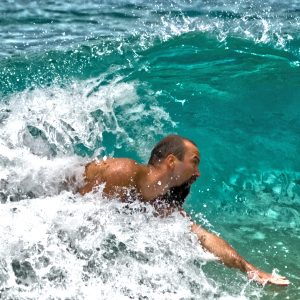 As a Southern California boy, I spent many teenage summers at the beach, bodysurfing and acquiring a summer tan. If I got ahead of a wave’s crest, I’d be dropped into the violent surf or to the sandy ocean floor. A few skinned elbows and knees were de rigeur. But if I timed it precisely, I'd have a swift ride to shore, 40 yards or more.
My life with the Lord began a lot like bodysurfing. Peace, and joy in His presence was awesome. Ruth Ann and I eagerly explored the gifts of the spirit; love, wisdom, healing and a lot more. I eagerly discarded attachments and character flaws that got in the way.
After a time of adjustment to these matters, I was ready to approach the world in confidence. But the Lord didn't let me settle down in a kind of cruise control. Certain aspects of my old life had to die, so that more of the new life could take root. His peace and love remained, as were the gifts of spirit. But my relationship with him took a more purposeful or determined tack.
What followed was an exciting, 60+ year, wild ride with the Lord. I've seen miracles, healings, deliverance and other demonstrations of our Lord's power and authority. He remains an abiding certainty of his agape presence within me. And, he is still bringing up areas of my old life that I have not yet allowed to die. Worse, they are bigger and more serious than I thought.
Seldom do I ride across the top of life's surf — I have to swim within it now. We are all at different positions on life’s playing field, yet the cruise control deception is always at work. When we sense the Lord tugging at us, to swim in the surf and move beyond our comfort, it’s an invitation to get closer to him and release more of our new life. His tugs are not commands; resistance is acceptable for a time, refusals are unwise.